I don’t mean for this blog to be all about running but I can’t help it! There are so many incredible lessons I have found while watching my husband train and race.

Duncan is a runner. A crazy runner. An “ultra-marathon” runner. Not familiar with the term? An ultra marathon is any distance longer than a marathon. A marathon is 26.2 miles. The most common distances he participates in are 50K (about 32 miles), 50-mile, and 100-mile races.

What I found most fascinating on that first adventure to the land of “ultra-marathon” were the people that were not there to participate in the race, but to pace, crew or just observe. The coffee shop, Provin’ Grounds, opened at 3:30 to coax the sleepy crowd into the day with caffeinated beverages and tasty treats. While waiting in line, and later sitting at the entrance trying to stay warm before the race start, I overheard many conversations. Most of them went about like this: “…so Joe and I ran the Such-And-Such race down in Someplace with Frank, you know Frank, he’s the triathlon guy who won the This-And-That over in Somewhere. That was a great race. Remember Sam, he was there, couldn’t’ finish… stress fracture… but then he did that ……” And on and on. Meanwhile the people (and there are more than a couple) having these conversations all around the start line are wearing all the ultra-running garb: shoes, hat, gloves, headlamp, water bottle: CHECK! Sitting there listening I begin to think that these guys must be pretty serious, maybe they are going into this race to win. 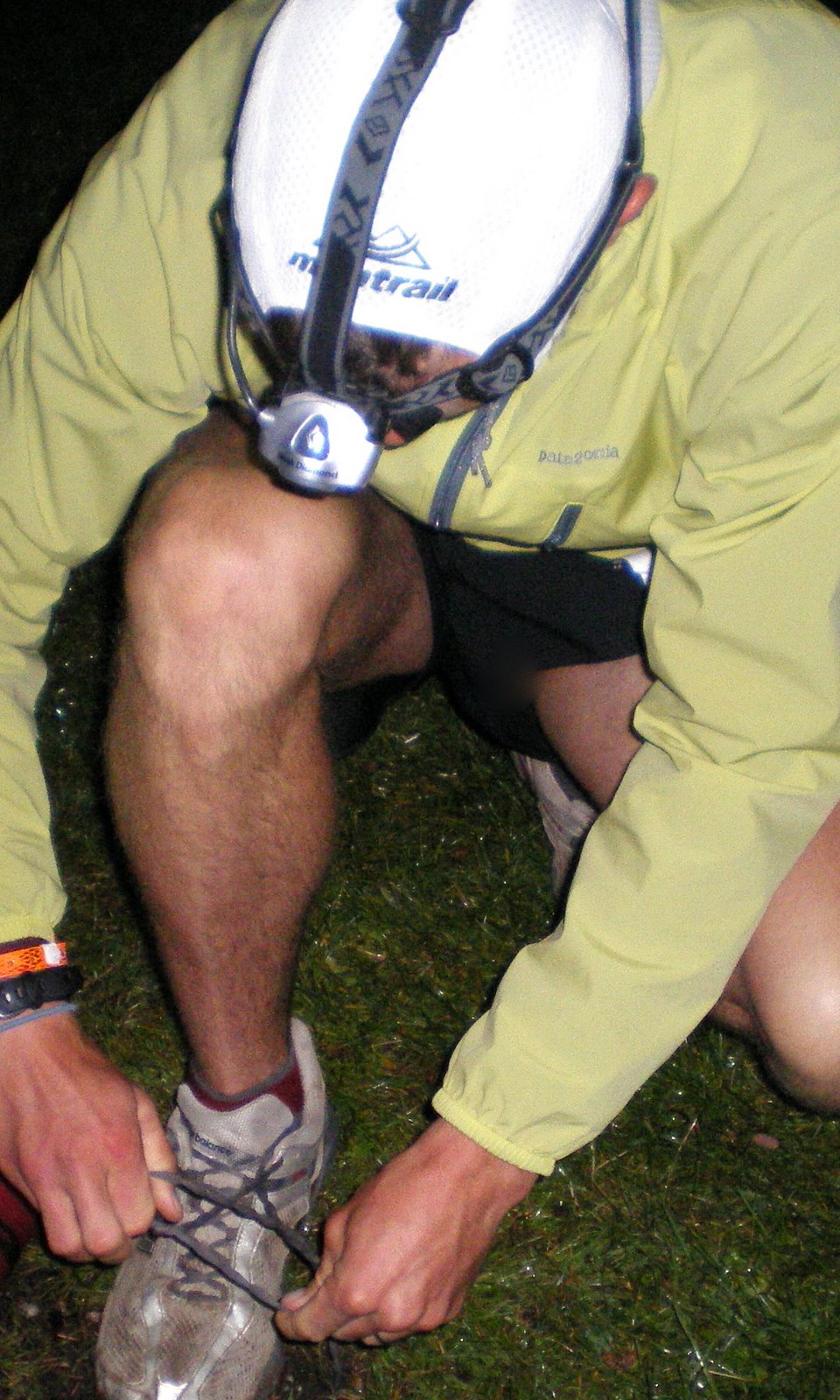 4:00 a.m. the start gun fires. Six hundred or so excited, maybe a little nervous, runners head off into the dark, headlamps bobbing up the street . The start of these ultra-races is always a bit anti-climatic and humorous for me. Sometimes the runners sprint off out of sight, then Duncan tells me the pace quickly changes to a much slower pace, an appropriate 100-mile pace. Most of the time however, it is a rather slow jog, sometimes a brisk walk that begins the long day. Some runners have finished this particular race in as little time (it’s all relative, of course in the land of “ultra-marathon”) as 15 hours, and most are hoping to finish in 30, the race cut-off time. Looking around as I regroup and begin to think of the day ahead and my duties as “crew boss” for Duncan, in the growing dawn light I begin to recognize all of the Talkers that I heard all morning, the ones discussing their seemingly endless ultra-exploits. The Talkers are still wearing the runners’ garb, but they aren’t running, jogging, or even walking off the start line. They are heading back to their cars to begin cheering for and crewing their runner.

There is a group of Talkers at just about any event you might go to, within or without the running world: jabbering about who they know and what who they know does, maybe what they themselves have done, but aren’t actually doing anything at the moment. They just want to make sure that everyone else knows that they do stuff, and know people that do stuff.

It has really got me thinking about human nature. I know this sort of thing doesn’t happen just in the running world. I overhear conversations on airplanes, businessmen talking about big deals or people they have met, know or places they have been. I hear college students trying to one-up the last guys spring break adventure. Just about anybody, when grouped together, seems to want to make sure that the other people there know that they belong there.

In the church world I find myself, and others, talking about “what God has said” to me, or “great times” in worship or prayer… and I usually only talk about such events when they are not current realities. This bothers me. I do not want to run my race of life looking backwards to the “glory days” of my faith. I want every day to be an intimate encounter with the Living God who loves me and is ever willing to reveal himself to me. I want each day to be full of his new life transforming me, flowing out of me to those around me and changing my world.

At this point I must point out another type of person in the land of “ultra-marathon” and life in general. The exception to the Talkers are the Doers.

There are runners who are not out to run for the pleasure of fame, fortune, acknowledgement, or accomplishment. There are runners, my husband among them, who run, I believe, because they can, because they feel alive, because the activity itself is the pleasure and reward. Everyday comes down to a decision to push the limits, abolish lazy and weak habits and to know and understand the discipline of choosing to be exceptional. Such as these are the Doers. 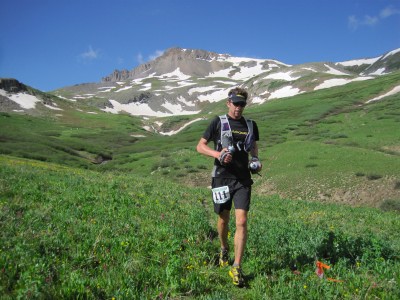 The amazing thing about the Doers is that they are so focused on the “doing” that they forget to be “talking” about what they do. The hours of training, attention to nutrition and hydration, stretching, sitting in ice baths then hot baths, training in the good and bad weather, are all just day to day living. There is no pretentious air about it. That is just the way of life in order to be great, and is so simple that it shouldn’t need to be discussed.

Should a Christian’s walk with God be any different? It seems to me that we must be careful to not be too caught up in talking about what God has done, has revealed, some great service where he really showed up and “man, that was so great.” Don’t get me wrong, the Bible encourages us to remember what God has done and said, to be continually thankful and worshipful for it, even encouraging others by recounting such things, but never with the intention of impressing others.

The people that I most admire are those that are living life, loving God, staying filled up with his Word, worshipping, praying and serving, without any second thought for it all. These things are not done to impress God or any man, but out of a deep love and respect for God and all that He loves. The doers understand that it is not the respect of people that will satisfy, but only the smile of God, cheering us on to run a great race for Him alone.

I hope that today, as you are running your race, that God alone will be your reward. That you will seek him as and be a doer of the Word, for the pleasure and reward of being known by God.

Continued in Words are Costly