If you are just diving into this blog for the first time, Welcome!

This particular blog is part of a series called In God’s Image. I am going through some ideas about what it means, and why it matters, that we are made in God’s Image.

I am learning a lot through these first chapters in Genesis! I know from the rest of scripture that God never asks us to do something that is outside of his nature and character, or that he hasn’t provided a way for us to do it! Looking at ‘God’s Blueprint’ for how he brings life to earth, we can know that this same pattern is how we will also bring life, or fruit, to our world!

In the first chapter of Genesis we see that God creates. He says, “let there be,” taking from what is in his heart, in seed form, and making it a reality on the earth. Next, God separates and calls!

You must have the right and authority to call or name something. From the moment I found out I was pregnant with my daughter, I began speaking to her, and calling her. We did not decide her name until she was born, but called her our baby girl, blessed, favored, loved, called by God, anointed, a leader of her generation, beautiful, strong, wise, godly, smart. . . I have not stopped calling these things out of her! I love speaking to who she is, who she will be, and all of the promise that I see that God has placed in her. I sometimes call her a little treasure box because I see all of the beautiful promises God has placed in her!

We also have the ability to call and name our spouses, our jobs, our families, our circumstances. And what you call a thing, that will be it’s name, so use your words carefully, in faith, to call forth the purposes, blessings, increase, and life over that which you have authority over! This will often require that we go back to God, to see his vision and purposes, rather than our perspectives of people and situations.

Now the LORD God had formed out of the ground all the beasts of the field and all the birds of the air. He brought them to the man to see what he would name them; and whatever the man called each living creature, that was its name. Genesis 2:19

God gave mankind authority over the living creatures, and whatever the man called each 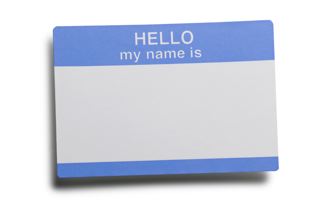 living creature, that was its name. Don’t use this authority lightly as you name what you have been given! Use your words to speak life, power, and promise!

Another aspect of calling or naming is separation:

This pattern continues throughout the account of creation. God creates, names, and separates. When you call or name something as such-and-such, you are also declaring what that thing is not! When God called the light “day” he was making the distinction between “day” and “night.” Day is not night. Night is not day. God separated them, made them distinct.

God has called you to something specific. He has even separated you, saying you are made for this purpose, not that purpose. Being called into something draws a line in the sand, a separation from what you are not.

These verses have made it into several blogs lately, but here we go again!

[1] How great is the love the Father has lavished on us, that we should be called children of God! And that is what we are! The reason the world does not know us is that it did not know him. [2] Dear friends, now we are children of God, and what we will be has not yet been made known. But we know that when he appears, we shall be like him, for we shall see him as he is. [3] Everyone who has this hope in him purifies himself, just as he is pure. 1 John 3:1-3, NIV

You are called by God, a child of God! If no one else is ‘calling’ and speaking the promises God has given for you, over you, then you do it! The world will not ‘get’ you as you pursue God’s purposes for you! It’s okay! They didn’t ‘get’ Jesus, either. In fact, his closest friends didn’t ‘get’ his purpose at first either! In the meantime, separate yourself to what you are called by God to do! Stay pure for God’s purposes and plans on your life! Keep in mind that will not look the same for you, as it does for others, because they are not called exactly what you are called!

I know there are areas in my life that I need to be ‘calling’ and ‘naming’ according to the potential of life and promise God has placed there, rather than the frustration of the current situation! How about you?

What areas could you begin calling out God’s purposes?

Showing up as Yourself