“I knew you before I formed you in your mother’s womb. Before you were born I set you apart and appointed you as my prophet to the nations.” Jeremiah 1:5

I believe that God pours out incredible amounts of His love, creativity, and extravagance when making each and every one of us. Yes, even those who will never accept the invitation. What is the invitation?

[28] And we know that in all things God works for the good of those who love him, who have been called according to his purpose. [29] For those God foreknew he also predestined to be conformed to the likeness of his Son, that he might be the firstborn among many brothers. [30] And those he predestined, he also called; those he called, he also justified; those he justified, he also glorified. Romans 8:28-30

You have been called by God. Invited. Summoned.

First, you were called: invited (by God in the proclamation of the Gospel) to obtain eternal 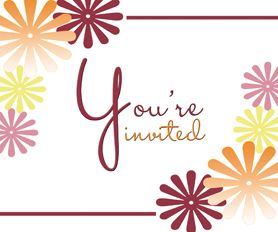 salvation in the Kingdom through Christ.* This is from the same root word that means invited to a banquet. You were invited to come and dine forever with the King. He longs for this intimate, loving relationship with everyone!

With that invitation came a call into a purpose. There is a reason you were made. God invited you into, and intended you for, a relationship with Himself. Out of that relationship flows the ability to bring His love and life to others.

You were also summoned. A summons is a little more serious than a invitation. I don’t know 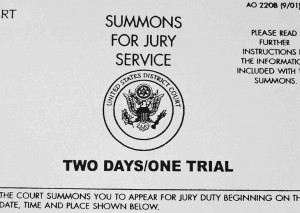 about you, but I have never been invited to jury duty. There was no pretty envelope with balloons and streamers inviting me to show up at the court. I was summoned. A summons does not ask for an RSVP. A summons assumes that you will show up. A summons involves accountability for whether or not you attend.

This word means to be called by name.* Wow! God knows your name! Before you were born, God saw you, knew you, and loved you!

In the Garden of Eden, God does some naming. He also gives Adam the job of naming. Naming something accomplishes two things. First, it declares authority and ownership over that thing. God had Adam name all of the creatures that he was to rule over. Secondly, the idea of naming someone or something is to declare purpose, function, relationship, identity and authority. In calling you, God named you, giving you a specific title and function in His Body.

Before you were born, you were known and set apart. Your ultimate destiny is not a vocation or a job – but a person. You have been predestined to be conformed to the likeness of Jesus.

Too often, when we have heard the call, and met Jesus, we begin looking at what others are, or are doing, in a particular field or vocation, and try to imitate them. Instead, let’s choose to take the summons, seek God, be conformed into the likeness of Jesus, working with Him to bring His creative, powerful life to the world in ways yet unknown. Imagine the endless possibilities of a person who is known before birth, called for a purpose, made right with God through Jesus, and willingly conforms to the likeness of Jesus. Do not conform to the image of the world, but be transformed, by the Word, until you look like Jesus. Our destiny is to be transformed, conformed into the image of Christ.

You are known. You are invited. You are named. You are justified in Christ. You are glorified as you become more like Him.

How will you respond to the call of God today?